Posted on 17 December 2014 by Keith Barrington

We have decided as a family to take a break, a pseudo-sabbatical to visit the down-unders, learn about their culture, present at conferences, and generally focus on de-stressing and self-improvement. The 3 kids are out of school, and will be getting intensively tutored by Annie and me.

People’s reponses have been universally positive, including our colleagues in Sainte Justine, and the children’s teachers. So far no-one has said ‘but what about the kids missing 3 months of school?’

Tuesday, on our trip down here we had an 8 hour break in San Francisco, so we decided to go to the California Academy of Sciences, as recounted in the blogs that the kids have set up to keep in touch with their class mates: Axel’s blog is tentacules and Violette’s is simply Violette’s blog: even Tai is guest posting on Axel’s blog!

Then on to the antipodes for our 3 month break in the sun, or so we thought… so far New Zealand and sun seem to be antonyms. The countryside is beautiful, and the birds are noisy, but the rain has been almost constant.

Since our arrival in Auckland we have been exploring a little, we have seen most of the indoor attractions of Auckland, which fortunately has an interesting Museum and Art Gallery, and even an indoor mini-golf! we have had a couple of days without rain, just cloudy skies, the first we went walking among the tree ferns at Hunua ranges. The tree ferns are beautiful, and many are unique to New Zealand, this specimen was over 10 metres tall, with epiphytic bromeliads growing from the trunk. 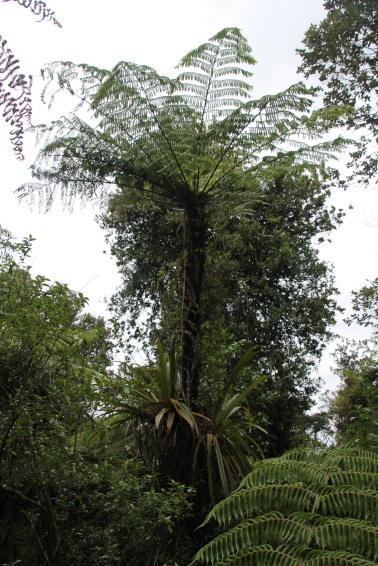 Close to the car park this pool with waterfall 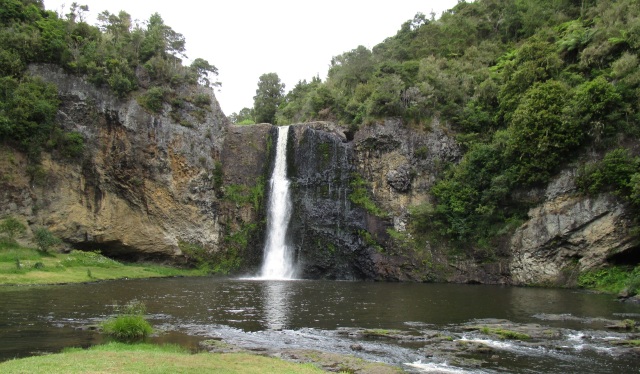 Another day we climbed a volcano, Rangitoto island in Auckland bay is a volcano that erupted about 600 years ago. I don’t fully understand the lush vegetation, I thought it took longer than that to create good soil from new volcanic rock. This is a view of Auckland from Rangitoto, showing a typical cloudy sky, looking over the lava poking out of the water and the mangroves.

The Auckland museum has a reconstructed Maori dwelling, with this couple as the base of one of the door supports. 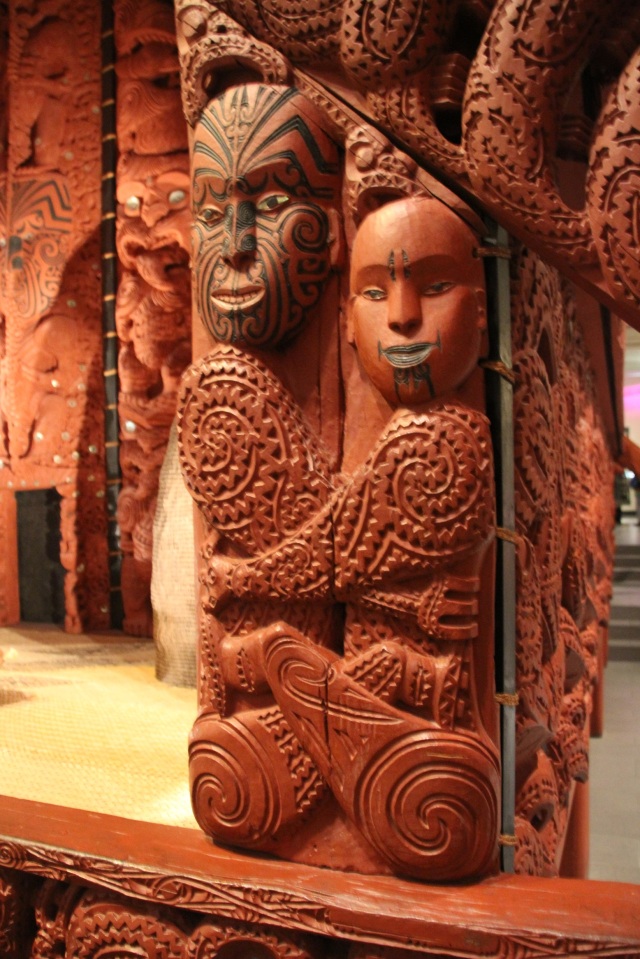