Not neonatology : trip to the Antipodes, week 7. Sydney.

Posted on 22 March 2015 by keithbarrington

In Sydney we were joined by other family members, the childrens’ two grandmothers, and my sister and her husband. Our first day was very hot, and we spent it close to the water, on ferries around the bay, and walking through the Botanical Gardens. Here is the classic Sydney photo, Opera House, Bridge and tall ship. 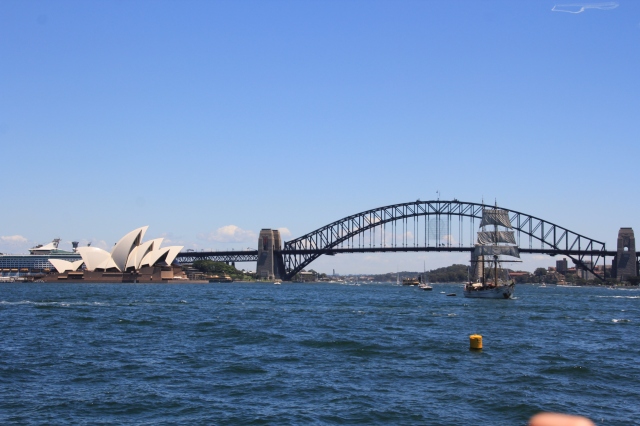 The obligatory Sydney photo is a photo of the bay for the simple reason that the bay is amazing. This was only my second time in Sydney, and it feels somewhat other-worldly, but a view of the harbour, is a unique and strikingly beautiful sight. I don’t know anywhere in the world quite like it.

For the rest of the week we explored Sydney. The 26th of January is both the Australian National Day, and my mother’s birthday. So as well as a great barbecue at a friend’s home (William Tarnow-Mordi is a great host), I was able to convince my mother that Sydney had put on fireworks for her 86th birthday.

The trip to Manley was one highlight, including the walk along the coast, and meeting the water dragons. 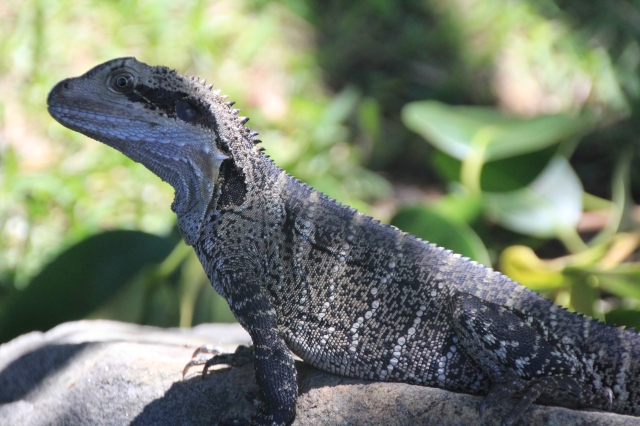 Later in the week we walked from Bondi Beach to Maroubra bay on a very blustery day.

The waves were unpredictable, when I was taking photos of Tai playing on the beach, there was a freak wave which knocked him over, and as I scrambled up from where I was (about 15 feet from the water’s edge I thought) trying to make sure he was alright, my camera was well-washed by sandy salt-water. Instant death (of the camera, not Tai, thank Odin) … Now what?