Not neonatology : the antipodes, week 6. Lake Tekapo and Christchurch

Posted on 2 March 2015 by Keith Barrington

Week 6 was, too quickly, our final week in New Zealand, and we moved back to the interior of the North Island. Lake Tekapo is a Glacial Lake which gives it a milky turquoise colour. It is also in a Night sky reserve, where nocturnal lighting is very limited, and the views of the night sky are very clear, as clear as they used to be everywhere, I guess, until the invention of electric lighting. I don’t believe I have ever seen the Milky Way so clearly, most nights it is not visible at all in Montreal. I think the kids were surprised that there are so many stars. The second night there we had a guided description of the sky by an astronomer, who pointed out features using a laser pointer, surprisingly this worked very well for the whole group. The next day we walked up to the Observatory on Mount John (which is the reason for the night sky reserve) where at one point we could see lake Tekapo, and Lake Alexandra right next to it, which is not filled by glacial run-off, and so has a completely different colour, a dark green as a result of the algal growth. I haven’t adjusted the colours on this photo taken near the peak of Mount John, with Lake Tekapo on the right, and Lake Alexandria on the left, in person the contrast is even more striking.

The mountain range behind includes Aoraki, Mount Cook. The highest mountain in New Zealand, and one that has 2 names. There is no record that James Cook ever saw, and he certainly never visited, the mountain that carries his name, so recently the old Maori name was given back to it, and the Europeans’ name kept for historical and guide book reasons. Our first view of the mountain was unusually clear over a lake. The Maori name may (or may not) mean something like Cloud Piercer, which, even if it isn’t true, would be appropriate as the summit is almost always hidden by clouds. So this view is rare.

The walk to the glacial terminal lake was not very taxing, but well worth it, with many striking views.

Our trip to New Zealand ended in Christchurch, a city in the middle of reconstruction after the devastation of the 2010, 2011 earthquakes. I was stunned by the extent of the destruction, remembering the images after the earthquakes I had not expected whole city blocks to be empty, but many buildings which were still standing after the quake had to be demolished as a result of structural damage, and it will take many more years (15 by some estimates) to rebuild. This is what remains of the Cathedral.

Some businesses have set up in containers, placed in front of their damaged former premises while they wait to be rebuilt. 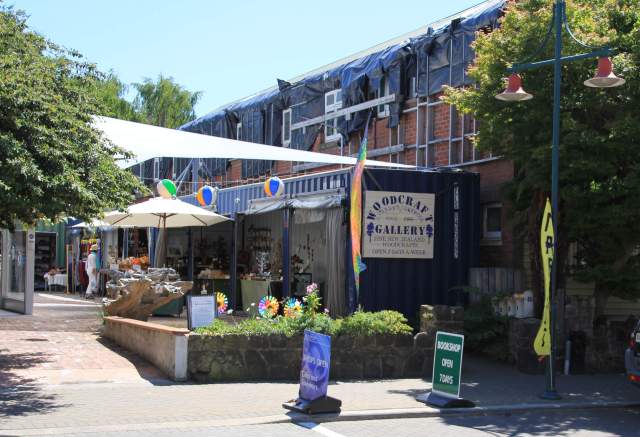 Despite this, Christchurch is, like all of New Zealand in a gorgeous region; we had a walk in the hills around, and another in the estuary where there were thousands of Banded Godwits, Stilts, Gulls and Oystercatchers in the early evening, in this estuary very close to the center of town.

And this white-faced Heron, caught in the evening glow of the setting sun. 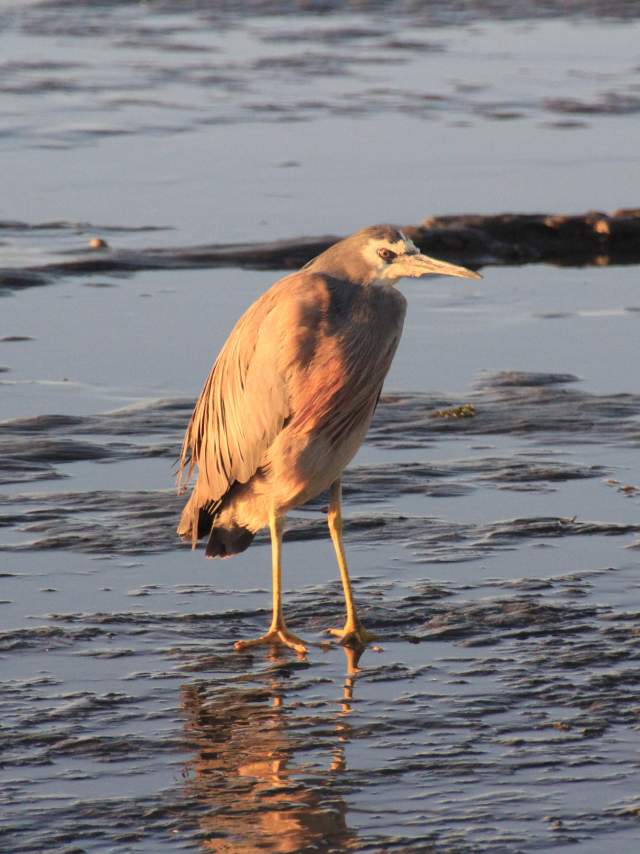 I am a neonatologist and clinical researcher at Sainte Justine University Health Center in Montréal
View all posts by Keith Barrington →
This entry was posted in Neonatal Research. Bookmark the permalink.